We’re located in Oxnard’s West Village neighborhood directly across the street from Norman R Brekke Elementary. From the 101, we are just off of Exit 61 – Rose Avenue! From the northbound exit, turn left on Rose (right from southbound), right onto Cesar Chavez Dr., then right onto Gottfried Pl—the park will be on your left!

“The Gottfried Maulhardt farm house, one of the first on the Oxnard plain, should be considered the city’s most important historical asset. Your support will make the dream of preservation a reality”

We’re working hard to bring our exhibits to our website and are so excited to share their stories with you. Soon you’ll be able to click on the Exhibitions to learn their stories; for now, have fun scrolling around! 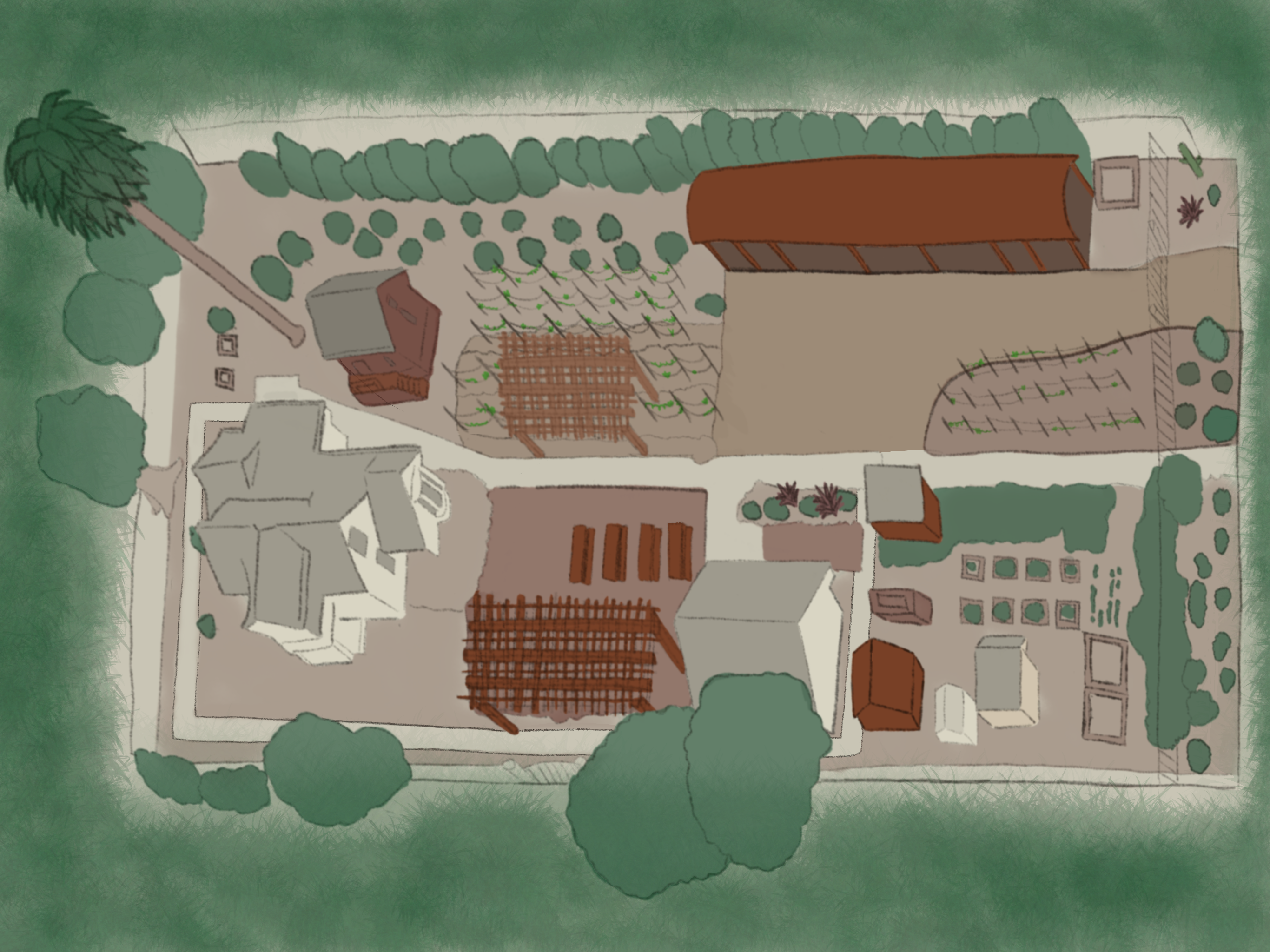 As a 501c(3) Nonprofit Organization, we rely on the generous contributions of people like you. We really appreciate any amount you are able and willing to support us and our mission. The forms below highlight some of our funds and our sponsorship opportunities. Donations can be made one-time or on an automatically recurring basis! You can make a donation in someone else’s honor or memory and have an e-card sent to your honoree. Upon completion, you will be provided with a receipt for your tax deductible donation. Again, seriously, we cannot thank you enough for all of your support to maintaining and improving the oldest buildings and pioneer settlement of the first farmers in the Oxnard Plain. THANK YOU!

Books can be purchased and picked up on-site during our operating hours or by appointment! So if you live nearby, stop in to save on shipping! All apparel is printed-on demand (No or low stock on-site).

Event insurance can be purchased through our partner, eventsured, here:

*Link Will Redirect off Site

If you purchase event insurance through another provider, you MUST add us as additionally insured and include the following wording:

“The Oxnard Historic Farm Park, its Board Members and Volunteers”

As the pioneer settlement of the first farmers in the Oxnard Plain, the Oxnard Historic Farm Park is home to the two oldest buildings (the 1872 Farmhouse and the 1876 Winery) built by Gottfried Maulhardt , a towering 1800s Canary Island Date Palm, an 1890s Carriage House, an 1870s spring wagon that once belonged to Johannes Borchard, two vineyards of 1880s Zinfandel Blanc grapes of cuttings from Santa Cruz Island, two 1903 lima bean threshers built by the Ventura Implement Company, 8 vintage tractors, plows and other farm implements,  a lemon orchard, an avocado grove, and five historically representative gardens…oh, and that doesn’t even account for our numerous exhibitions of historic photos and farm implements that show the evolution of farming in the Oxnard Plain over the past three centuries!

Mission: The Oxnard Historic Farm Park Foundation is a nonprofit group dedicated to
the restoration and preservation of the two oldest remaining structures on the
Oxnard Plain dating back to the 1870s as well creating displays for vintage
farm equipment, growing garden plots of crops from the past and creating a
home for Oxnard History.

Juan Camarillo, a member of the Hijar (1834) expedition that included another longtime county pioneer, Jose Maria Covarrubias, acquired the land from Rafael Gonzalez in 1865.

In 1867, German immigrants Gottfried Maulhardt, Jacob Maulhardt and Caspar Borchard arrived with their families in California. They met up with Christian Borchard, who arrived in California during the Gold Rush era. After floods destroyed his land in San Joaquin Valley in 1866, Christian Borchard traveled south to Santa Barbara County, soon to be divided into two counties including Ventura County in 1873. Here he purchased 1,000 acres from Jose Lobero. Gottfried and Caspar leased land on the Colonia Rancho from Juan Camarillo. Christian, along with his son, John Edward “Ed” Borchard, Caspar & Gottfried planted the first commercial crop, barley, on what became the Oxnard Plain.

Gottfried Maulhardt acquired 410-acres as his portion of a joint purchase of 1,230.31-acres by Johannes Borchard, Jacob Maulhardt, and himself from Juan Camarillo on December 26, 1872.  Being of Catholic faith, the Maulhardts and Borchards became acquainted with Camarillo at the Ventura Mission. Juan Camarillo became the Godfather of Jacob Maulhardt’s son and was named after Juan’s son by taking on the baptized name of Adolfo Maulhardt. He later became the Ventura County’s first county Health officer as Dr. A. A. Maulhardt.

Also, by 1872, Gottfried Maulhardt, who was trained as a master craftsman/brick mason in Germany, began constructing his home. Soon after and by 1876, Gottfried built a two-story brick winery/storehouse building with a small living space on top. For bottom basement section he stored the wine for the Santa Clara Chapel that was completed in 1877. An 1879 Ventura Signal article pointed out that Gottfried grew “A small vineyard 250 grapevines of the choicest varieties.” By 1875 Gottfried Maulhardt sold 205 acres to Caspar Borchard. In 1887, Hiram K. Snow purchased 171-acres from Gottfried for $17,141—though Gottfried did retain a 16-foot wide road leading to the old Conejo Road (now the 1010 Freeway) that led t0 the Santa Clara Parish Chapel.

Sophie Maulhardt continued to own the land upon her husband Gottfried’s passing in December 1898 and kept it until she sold it in 1905.

With the death of Bob Pfeiler, the Pfeiler family sold the 46-acre ranch to John Laing Homes for development.

Previously, Jeffrey Maulhardt, had discussed with Bob Pfeiler about preserving the Maulhardt Winery and the farmhouse. However, with Bob’s passing, Jeff put the landmark status on hold and which allowed the family to sell the land without the impediment of a historical landmark interfering with the sell. By approaching the developer, Jeff offered to create a win-win situation for the family, developer and the community. He formed the Oxnard Historic Farm Park Foundation in 2003 to develop the site surrounding the old buildings. The 0.86-acres was donated to the City of Oxnard and the city leased the land back to the Foundation in 2007.

On January 6th, 2022, the Oxnard Historic Farm Park Foundation purchased the site from the City of Oxnard. 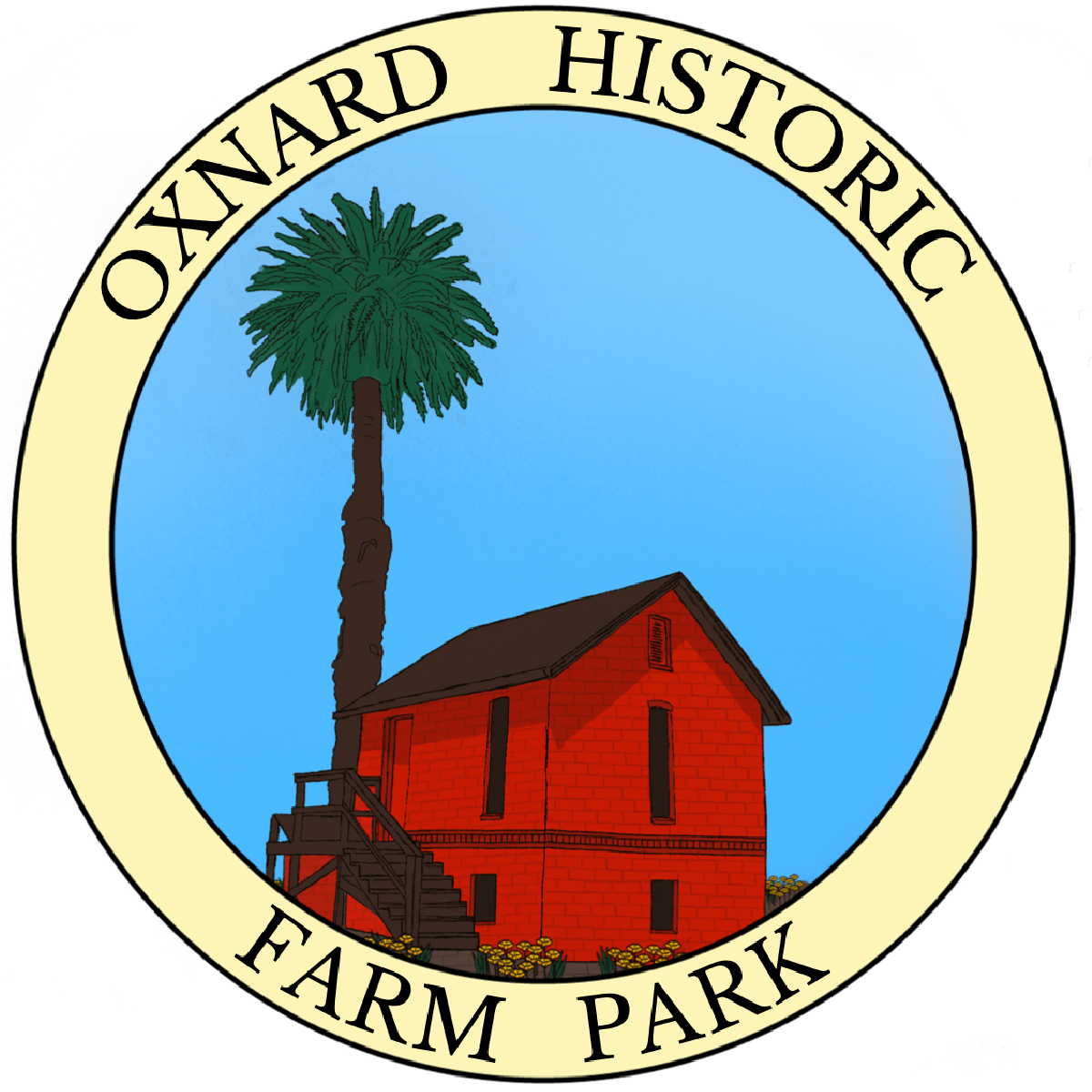 Manage Cookie Consent
To provide the best experiences, we use technologies like cookies to store and/or access device information. Consenting to these technologies will allow us to process data such as browsing behavior or unique IDs on this site. Not consenting or withdrawing consent, may adversely affect certain features and functions. By using our site, you consent to our policies and terms.
Manage options Manage services Manage vendors Read more about these purposes
View preferences
{title} {title} {title}